If you’re anything like me, you’ve been wishing for a quiet week in crypto news for a while now. Wouldn’t it be nice to sleep? But no, Visa decided to announce Monday morning that it paid $150,000 for a CryptoPunk NFT, a kind of blockchain art token, to add to its “collection of historic commerce artifacts.” In an accompanying blog post, Visa declared that “NFTs marks a new chapter for digital commerce.”

There are certain events and inflection points that mark the transition from fringe to something approaching mainstream, and crypto and blockchain have already had at least two of those in recent months. First we had a nation-state getting serious about bitcoin, then the entire U.S. Senate fought over whether wallet programmers are brokers.

David Z. Morris is CoinDesk’s chief insights columnist. This article is excerpted from The Node, CoinDesk’s daily roundup of the most pivotal stories in blockchain and crypto news. You can subscribe to get the full newsletter here.

Visa’s purchase of a CryptoPunk, I think, serves as a similar marker for the inevitable mainstreaming of non-fungible tokens. They’ve already featured on “Saturday Night Live” and drawn in celebrities from Tom Brady to Jay-Z, but the apparent stamp of approval from a major financial institution takes things to another level. Cynically, $150,000 is probably a steal for Visa considering the PR it’ll get (including this article). But the announcement set off a $20 million frenzy of CryptoPunk trading, and that hype train isn’t coming back to the station.

Visa’s move, though, also returns us to an inescapable question: Why in the name of all that is holy would anyone pay $150,000 for a 25×25 pixel image stored on an extremely expensive and slow database?

It’s impossible to wrap your head around this, I think, if you’re looking for a truly rational or utilitarian explanation. But there are some very good reasons, it turns out, rooted in our deep, totally irrational animal brains – the same strange forces that lead us to make other major purchases that seem completely loony if you think about them too long.

“You have this rock stuck on your finger,” points out William Quigley, co-founder of the NFT-focused WAX blockchain. “It doesn’t look like it does anything. It’ll never do anything. And you paid $10,000 or $20,000 for that.”

The transition to more and more online living, Quigley thinks, means physical status symbols like jewelry have new competition from similarly exclusive digital objects. Both Jay-Z and National Football League player Odell Beckham Jr. have recently bought CryptoPunks costing tens of thousands of dollars (at least) and made them their Twitter avatars. That’s probably the biggest single use of NFTs right now. The uselessness, you might say, is the point.

To understand any of this, some basic knowledge about the technology is essential. NFT stands for non-fungible token, which basically means it’s unique. An NFT exists on a blockchain ledger just like a bitcoin or ETH token, but one bitcoin is basically the same as the other several million – they’re “fungible” (with an asterisk).

An NFT is just as immutable as a bitcoin, but there’s only one: There are 10,000 CryptoPunks, but each of them is unique, and that uniqueness creates a lot of variation in their value. Visa, for instance, bought one of about 3,800 female Punks. CryptoPunks are particularly attractive because they were issued in 2017, making them among the first NFTs ever created.

NFTs come in a lot of different forms – they can even be interactive objects programmed to change based on certain inputs – but the most common type right now is image NFTs. Many of these are still essentially links to JPEGs stored elsewhere, which is a genuine problem for trust in the assets. But just last week CryptoPunks announced it had moved all data onto the Ethereum blockchain itself. It seems likely that this move helped push Visa to finalize its decision because the move makes the assets more robust. Expect more NFTs, especially 8-bit series like the Punks, to transition to on-chain storage rapidly and, if you’re an investor, maybe look for that as a feature.

All this adds up to something deliriously simple: An NFT is a unique digital object. It is exclusive in a way that even bitcoin can’t claim. In fact, not even most real-world status symbols have the capacity to be as unique.

When someone buys an NFT avatar, “they’re saying, this is who I am,” says Henry Love, a managing partner at the NFT-focused investing fund Fundamental Labs. “So it’s more like a custom Rolex with your name on it. It’s one of one.”

Another crucial thing to know is that despite Visa grabbing headlines and all the comparisons to Rolexes and diamond rings, the NFT craze seems to be truly broad and grassroots. Trading volumes on OpenSea, the dominant NFT trading platform, have exploded, recently hitting $1 billion in monthly trading volume for August. But even that’s just the 10,000-foot view: There’s a frenzy of collecting and creation going on across Twitter and Telegram. NFT drop schedules are being watched as closely as Yeezy or Supreme drops were a few years ago.

And while a lot of that is fueled by insider speculation, there’s also something that feels much more real and special about this than, say, debating whether you’re going to buy $100 worth of Cardano or Solana. Because they’re ultimately about identity and taste rather than just money, NFT shopping has a personal element that seems likely to draw a much broader user base.

However, there’s a major barrier, especially for Ethereum-based NFTs like CryptoPunks: Transaction fees on Ethereum make buying and selling less-expensive assets impractical. I was just about to buy a $60 avatar NFT (because I too am an ape afraid of being left behind by my tribe). But the transaction fee was $50, which is quite a psychological barrier.

That’s why low-fee standalone chains like WAX and Flow (which hosts NBA Top Shot), which are largely focused on less-pricey branded collectibles, are significant right now, and have a real opportunity to grow from a core value proposition. It also suggests the market for NFTs on Ethereum, which have a significant credibility premium, will get substantially more insane, particularly at the low end, when Ethereum completes its transition to a lower-fee, proof-of-stake system.

The article was originally posted on Coindesk.com 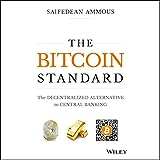 139 Reviews
Cryptopia: Bitcoin, And The Future Of The Internet
$7.99
VIEW AT AMAZON
Bestseller No. 5 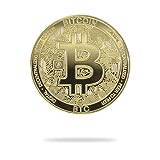 48 Reviews
Banking on Bitcoin
$9.99
VIEW AT AMAZON
SaleBestseller No. 9 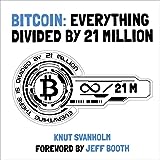 Thank you for stopping by! Small Town Shop is a product and review website, from TVs, bikes, pool cleaners, video games, to movies. We only recommend trending products that we believe will bring the satisfaction that you desire.